The chicks moved over to be with the big girls about two weeks ago.  In order to facilitate that we made a couple of modifications to the coop to accommodate everyone.  We created a pass through door from the small coop addition we built a while back.  We did this so that for the time being we can increase the square footage of the coop but if necessary we can close the door and create a separate space for any new chicks we raise in the future.  I started by cutting out a hole the size of the door that we wanted. 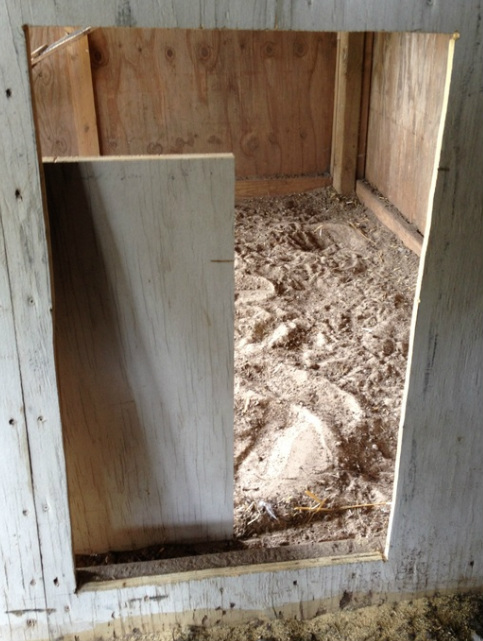 I then attached some hinges, a knob, a barrel bolt to hold it closed, and an eye hook to hold it open. 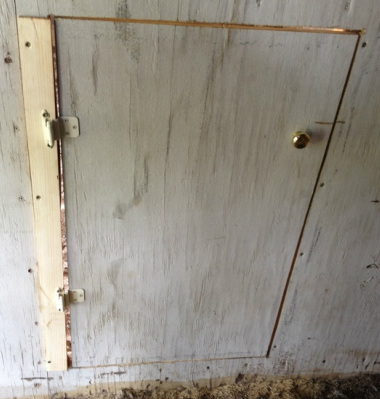 We then repositioned one of the roosting bars to the same side as the other and created a ladder style roosting bar to give plenty of room for all the chickens to roost.  I simply took two 2″ x 4″ boards of a length that would reach from the ceiling of my coop to the floor at a 45 degree angle.  I then cut the 45’s and attached the boards to the roof joist using screws.  I then cut some roosting bars from some branches and attached them to the 2″ x 4″‘s with screws. 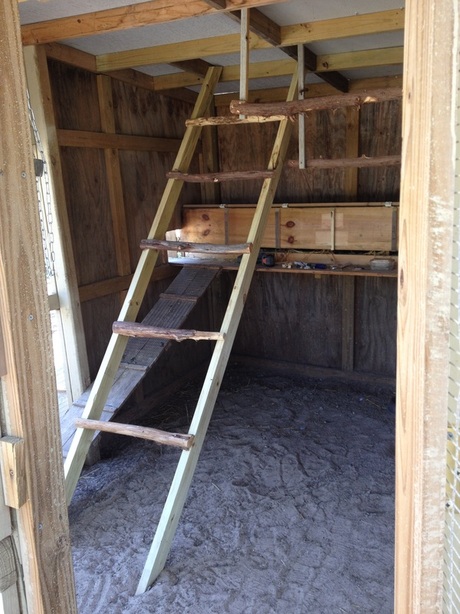 That’s it!  This will get us started with integration between the hens and the pullets.  We will be making a few more modifications to the coop in the near future so look for those to come out soon.  Have a great day and God bless!
Like what you see? Please share with your friends and the whole world...