Everywhere I look I see kale recipes, so what exactly is kale?  Do you know why it is an important food to include in your diet? 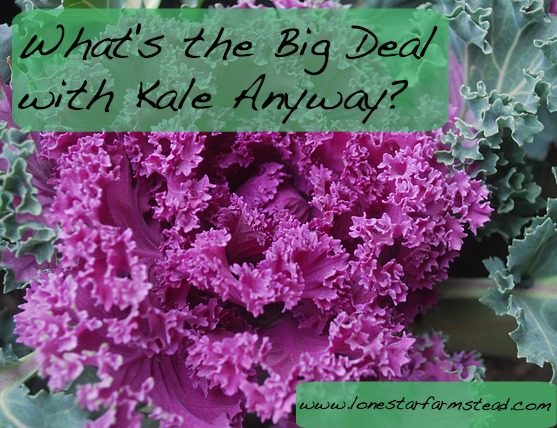 The History of Kale 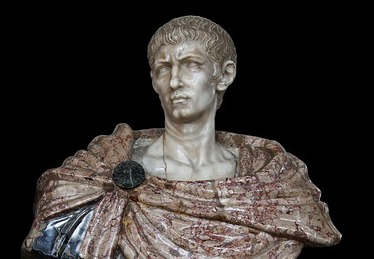 Kale has a long history in the kitchen.  As a matter of fact, it dates back to over 2000 years ago.  It was a vegetable well known to the Greeks and the pre-Christian Romans.  Kale made it’s way to Britain, most likely, thanks to the Romans, but some evidence exists that kale may have arrived in the region before the Romans by way of the Celts.  The first mention of kale in the America’s was in 1669.  As kale made its way across the globe from ancient Greece, regional varieties developed.  “The Italians developed plants with “dinosaur” scales, while the Scots created varietals with leaves like frilly petticoats. The Russians produced kale that could survive in the snow.”  (NY Times)  Today, many varieties exist which are generally grouped in to three groups according to their stem length:

An interesting note about the history of kale in the US; during WWII the government encouraged the use of “Victory Gardens” with kale being a staple plant because of its outstanding nutritional value which we will discuss in a moment.

and belongs to the specific group acephala. 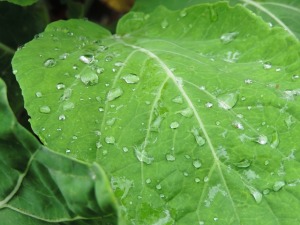 Kale is also classified by the type of leaf:

As an adult you know that many of those vegetables are good for you for a wide variety of reasons but do you know what those specific benefits are?

Kale has many beneficial vitamins and minerals which are stored in its leaves during the winter months.  It is high in beta carotene which is, in itself, not that important, but the body converts beta carotene into Vitamin A (retinol) which is important for our skin, immune system, eyes, and mucus membranes.  Vitamin K, vitamin C, and calcium are also found in high levels in kale.  More importantly, kale contains sulforaphane.  Sulforaphane has been proven in animal studies to have potent anti-carcinogen properties, (which are diminished with boiling, but not with the other preparation methods mentioned below).  As a leafy green, kale is high in fiber which is important for a healthy gut and “helps you to feel more full and to regulate your blood sugar.” (WebMD)  For more of the benefits and a full nutritional breakdown, the world’s healthiest foods has a great infographic. 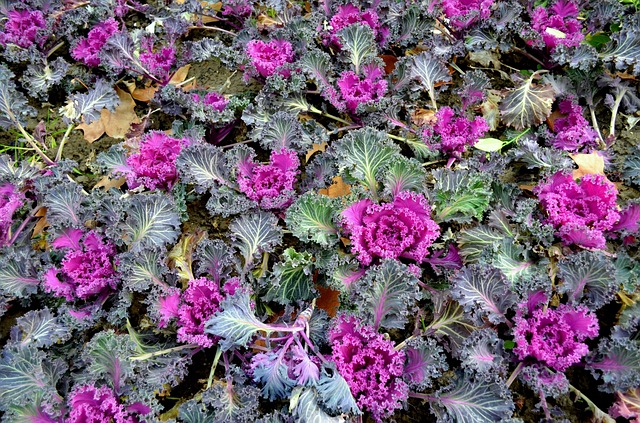 Kale is easy to grow and is a great cold weather crop, tolerant of temperatures ranging from 20 – 80 degrees F.  It does well in the fall and spring frosts and purportedly has a milder and sweeter flavor if it is harvested after a good frost.  According to the Old Farmer’s Almanac, kale does best in loamy, neutral to slightly acidic soil.  Here is an article that will help you to better understand soil pH if you are not already familiar with its role in the garden.  Kale requires full sun and approximately 6 square inches of growing space per plant regardless of whether you sow in ground, use raised beds, or containers.  Seeds should be planted 1/4″ – 1/2″ deep and germinate best at temperatures around 70 degrees F.

You may be thinking that kale has a lot of benefits and is easy to grow but it’s boring.  That’s not true.  It is in fact versatile and serves to enhance many dishes.  It can be used….

It’s a great way to make sure that you are adding flavor and healthy greens to your dishes.  Fresh kale can be stored in a plastic bag in the refrigerator for up to 5 days.  Some people store the kale chips vacuum sealed in mason jars for up to a year although I can not verify this personally.  Kale also stores well frozen (which means you could also quickly add it to healthy smoothies).

Just to give you a good idea of how versatile kale can actually be, here are a few great recipes from some of my homestead blogging friends.

Kale Salad from The Homestead Lady

There a ton of different recipes out there.  This is just a simple sampling to give you an idea of how kale can be used in a lot of dishes.  You’ll be glad you added it and your body will thank you for the vitamin boost.  Have a great day and God bless!