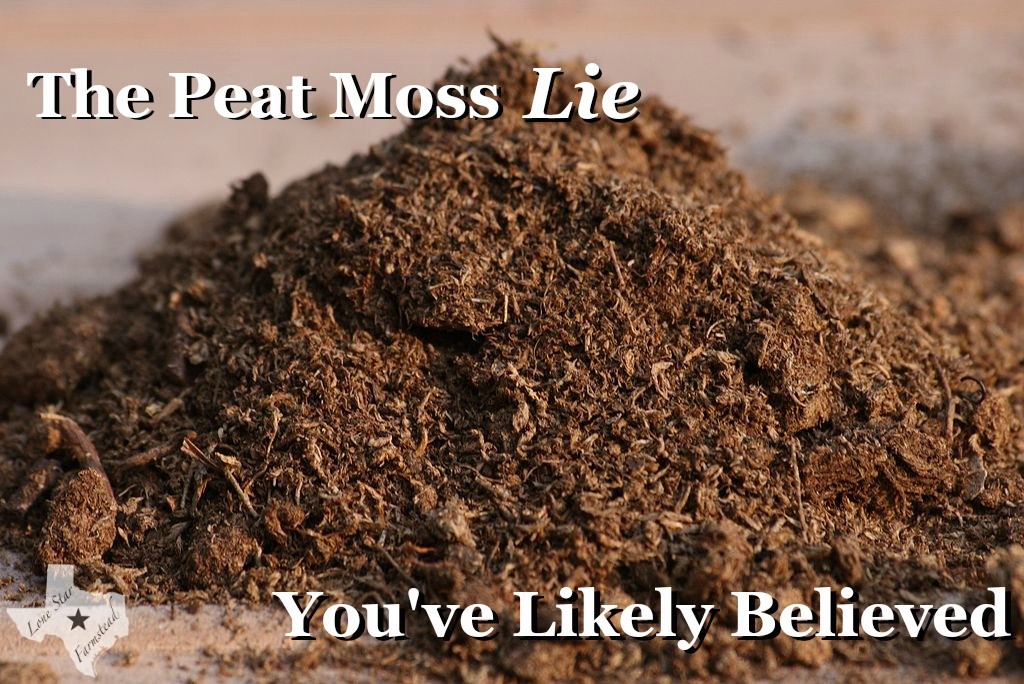 You’ve seen it at your local garden center. You’ve heard from articles on the internet about using it when planting new plants. Gardeners recommend it every day in forums, articles, and in person. Maybe you’ve even used it before. What am I talking about? Sphagnum moss, AKA peat moss. You’ve been lied too about peat moss and in a moment I’m going to tell you exactly why you shouldn’t be using it in your garden anymore. First…..

What is Peat Moss?

Sphagnum is actually a genus of mosses that encompasses some 120-135 (depending on the source you are looking at) different species which are collectively known as peat moss. Peat moss comes from peat bogs in northern climates around the world, although it does occur in southern climates in the Southern Hemisphere as well with some of the largest southern peat bogs being located in Chile and Argentina. Some of the most well known peat bogs in the Northern hemisphere are located in:

Peat moss develops as a result of sphagnum moss (live moss) growing on the tops of bogs. When it dies, it sinks below the surface of the water and settles on the bottom of the bog. The bottoms of these bogs present the ideal conditions for the slow decay of the sphagnum due to the anaerobic conditions. Under ideal conditions, the peat moss can become several feet in depth. In North America live peat moss is generally referred to as sphagnum moss (the live moss growing on the surface) while sphagnum peat moss refers to the dead, decayed moss from the lower levels of the bog. The deeper you go into the layers of peat moss, the less nutrients are contained. This is why you sometimes see a wild variation in prices with the most nutrient dense, top layers of peat moss being more costly than the lower layers.

So What’s the Problem With Peat Moss?

I’m sure you are scratching your head at this point wondering why, if it is commonly sold in garden centers and recommended by gardeners around the world, I am taking an opposite stance. Before I tell you the problems with peat moss I’m going to give you some of the pros (just to make you scratch your head a bit more):

Did you catch that last point? Go back and re-read it. Isn’t that fascinating? Peat moss is actually wonderfully, naturally anti-microbial. It is one of the things that makes it so perfect for certain jobs. In fact, peat moss has been used for centuries as a wound dressing. It was even used as a wound dressing on a large scale as recently as World War I. Vikings used to store water from peat bogs on their ships for long sea journeys because it would stay fresh much longer than other water sources due to the absence of bacteria and viruses. This natural property is also exactly why it is the wrong choice for your garden if you are trying to use an organic approach.

One of the primary goals you should be attempting to achieve with your soil in an organic approach is the growth of microbes in your soil. I’ve spoken on this subject before and it is a large component of the organic approach used by Howard Garrett, the Dirt Doctor.

If we create a living, breathing, microbe rich soil, then we have created an environment that is ideal for the growth of plants in the garden. We are essentially recreating what would have occurred naturally if we had never intervened in the first place. Leaves would fall to the ground and mix with ground cover plants that would die as a part of their natural cycle, snow cover and rain would help to catalyze the decomposition process, and over time the soil would become layered with plants and leaves in various stages of decomposition, creating a rich, dark loam under those layers that would feed all the living plants above it, tapped into this wonderfully nutritious vein of earth. During the recreation of this natural process, if we add peat moss, we have slowed or stopped the development of the microbes necessary for the breakdown of that decaying matter.

The Cons of Peat Moss

In addition to the anti-microbial properties, which are a pro or con depending on what you want to use it for, there are a few more cons.

One last con that deserves more than just a bullet point is that of the biological responsibility of harvesting large amounts of peat moss. While peat moss will re-accumulate after harvesting, (in some estimates between 5 and 20 years) the biodiversity of the bogs are often times irreparably damaged. “Some wetlands scientists point out that a managed bog bears little resemblance to a natural one. Like tree farms, these peatlands tend toward monoculture, lacking the biodiversity of an un- harvested bog.” (Natural Life Magazine)

If there is no use for peat moss in the garden, then why would it need to be harvested on such a large scale? I don’t advocate for the complete cessation of peat moss mining, as there are wonderful uses for peat moss as a natural alternative for longer term food storage with tuber plants such as potatoes, carrots, tulip bulbs, and others. Peat moss is such a great preservative material that archeologist and anthropologist have been able to study preserved specimens of humans such as Tollund Man, Haraldskær Woman, Clonycavan Man and Lindow Man.

While many alternatives to peat moss have been experimented with, the best current alternative is coir, which is coconut husk. Like peat moss, it is light and airy which will significantly help heavy clay soils to become lighter and drain better. It will help sandy soil to retain moisture better. Over time, it breaks down and helps to feed the soil like other organic matter while encouraging microbe growth rather than inhibiting it. The most important thing you can do for your organic garden soil is to make sure that you are using good, rich compost.

As a small side note, you will sometimes see pine bark listed as an alternative to peat moss but this is also a bad practice for your organic garden as studies have shown that as the pine bark decomposes, it releases pehnols and turpines which, while not as sterile of an environment as peat moss, is not conducive to the growth of many beneficial microbes.

Since I don’t advocate cessation of peat moss mining, what do I suggest?  Stop using peat moss in organic gardens. It is counter to our organic garden approach and can be replaced with coir (coconut husks) which will still give you the light, airy, water absorbent material your soil may need while feeding the soil instead of killing off the very microbes you have nurtured thus far. Trust me, your garden and soil will thank you. 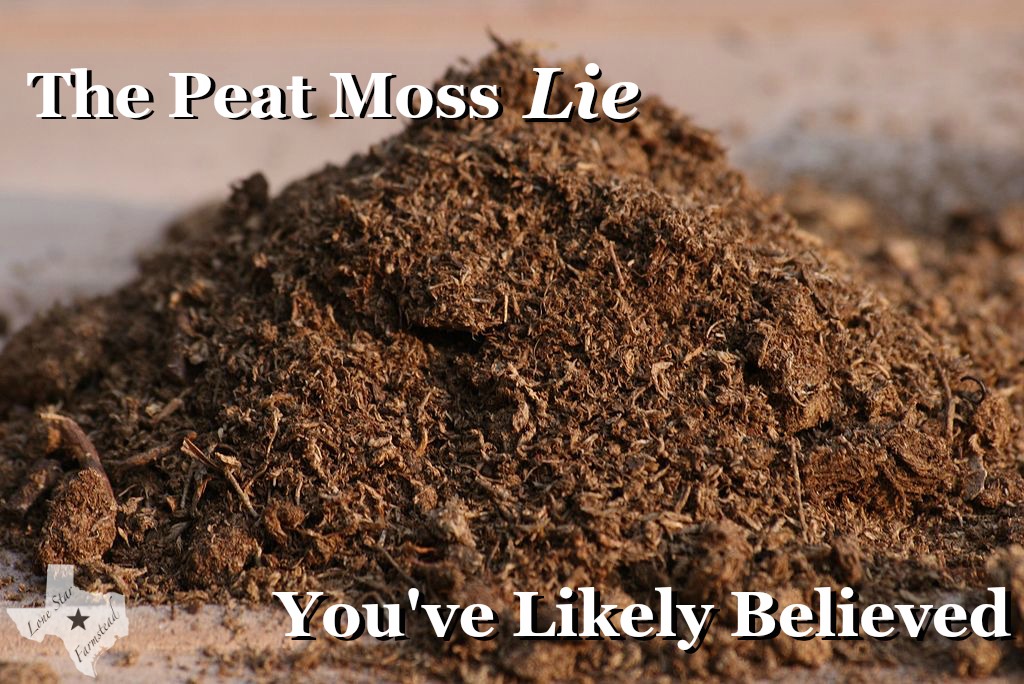 Article Name
The Peat Moss Lie You've Likely Believed
Description
If you have been told that using peat moss in your organic garden is a good idea then you've been lied to. Find out how.
Author
Brandon Sutter
Like what you see? Please share with your friends and the whole world...