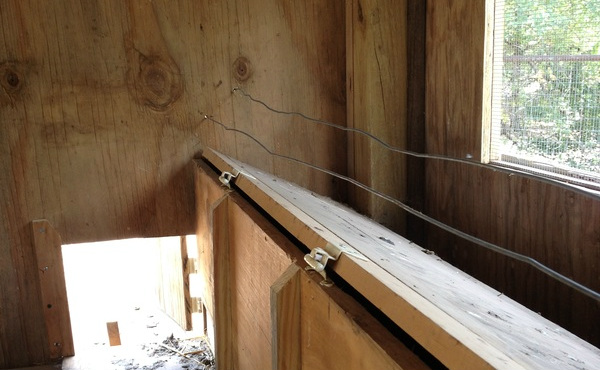 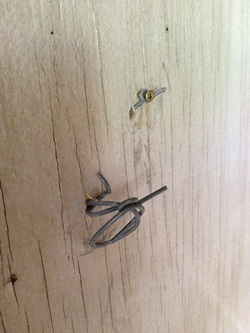 To remedy the problem I simply drilled a hole in the side of the coop, ran a smooth piece of fencing wire across the coop approximately 4″ above the top of the nesting boxes…… 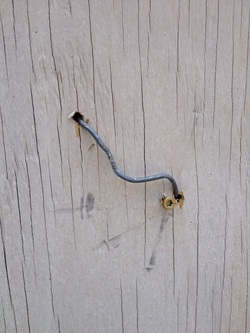 ….out the other side of the coop, up at a 4″ diagonal, back through and across a second time.
This has proven to be quit effective at keeping the chickens off the nesting boxes as it is too uncomfortable for them to try to roost on (although we did catch one of the chickens playing on it the other day).  The other problem we needed to address was keeping the chickens from roosting in the nesting boxes.  Again, this creates unsanitary conditions that will result in the decline of the health of your chickens.  To solve the problem I made a simple hinged door that folds down over the nesting boxes at night and opens up during the day to allow for egg laying.

I made the door out of a single piece of pine that was left over from building the nesting boxes.  Because it was a little dried out and had split down the middle for about a 1/4 of its length, I made some cleats to hold it all together and prevent any further splitting.  It wouldn’t be necessary to put cleats on unless they were for the same purpose.  Unless, that is, you like the look, in which case I say go for it!  I placed four small hinges across the top and I was done.  This was by far the simplest project I have done in a while but it is very important in keeping up sanitary conditions in the coop.  Have a great day and God bless! 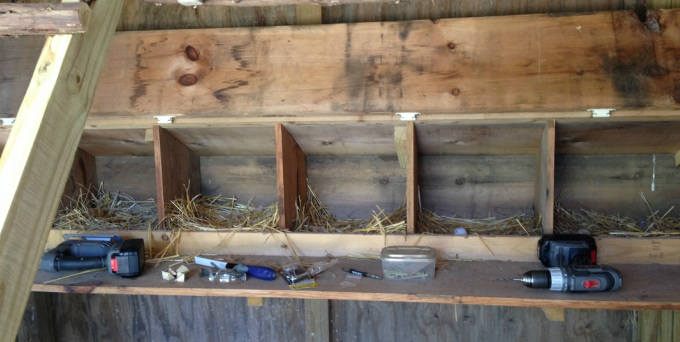