When we purchased our coop the weather was cool.  It was late Jan/early Feb and the coops three solid walls provided a great wind break from the cold, late winter winds.  But now that temperatures are hitting triple digits here in Texas the coop needed windows in those solid south facing walls.  We didn’t want to detract from the solid wall by just cutting holes in it, after all, winter will come again.  But we couldn’t let the temps in the coop continue to hit 95+ F.  So here is what we did. 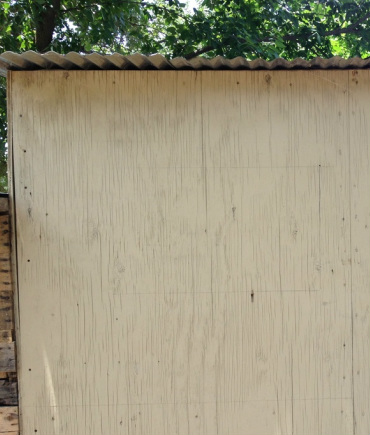 We started by determining where we wanted the windows and how many we wanted.  How you would determine this is going to be different than it was for us.  We knew we would need hardware cloth to cover the openings and so we chose our window size based on the largest size we could for the hardware cloth we had on hand from previous projects.  For us that ended up being 18″ x 24″.  We then determined where we wanted them.  We did this based on where our nesting boxes are positioned inside the coop.  We also chose to go up high to create better cross ventilation up high where the hotter air will be.  We then traced the outline of the window. 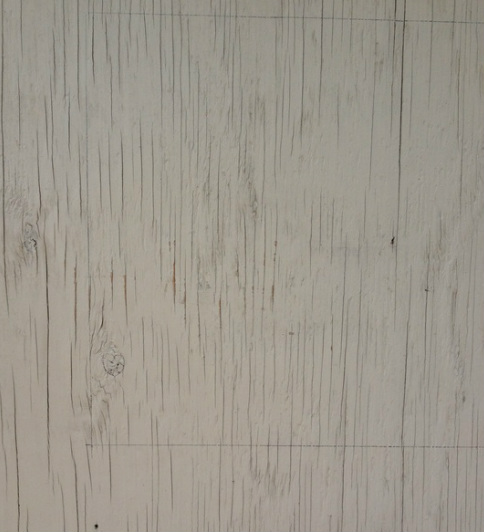 I then made some plunge cuts with my Skil Saw, but you could drill holes in the corners and connect them using a jigsaw or reciprocating saw.  If you plan to use the cut out piece to cover the holes for winter as we decided to do, then it it important that you make as straight a cut as possible so you don’t have to try to correct bad cuts later. 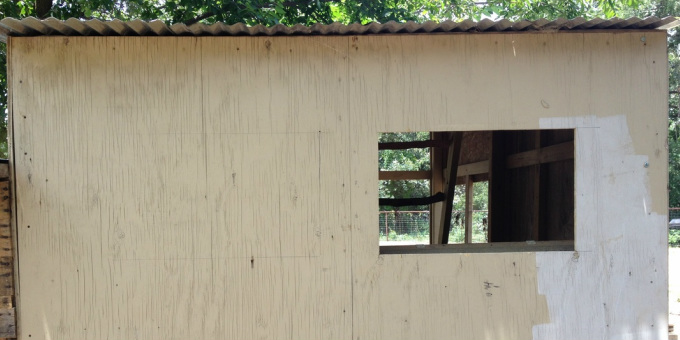 After both windows were cut out, I stapled hardware cloth across both openings (the staples were just to hold it temporarily.  The trim pieces will provide the actual support to hold the hardware cloth in place against predators).  I then cut out trim pieces for the windows.  I used some cedar that I had on hand as it will hold up fairly well outside.  Especially after we get around to painting the coop.  I chose to cut my trim pieces 1-1/2″ wide and did 45’s at the corners.  If you don’t want to mess with cutting angles you could just cut the trim pieces to length and tack them in place. 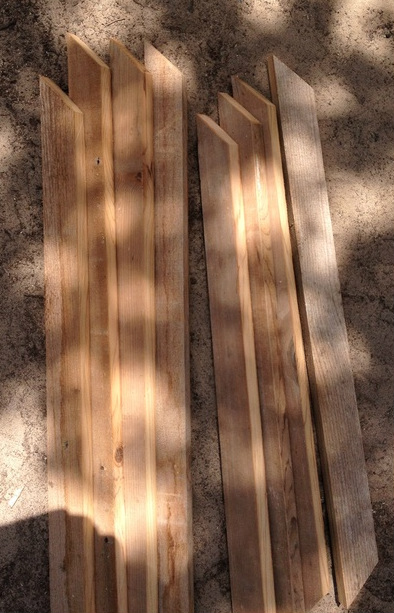 To attach the cut out as a swing open door I used some extra piano hinges I had lying around.  I then put knobs on the cut outs and barrel bolts to hold them shut.  This way during colder months we can close them for the season and leave them open around the clock during the warmer months.  I decided to place my hinges so that the door swings down.  I did this to save on hardware.  If you place it so that they open upward you would need to install some type of hardware to prop the door open and if you place the hinges on the sides the doors would stick out past the sides of the coop.   As you can see this creates a large area for cross ventilation but during the winter it will seal up nice and tight to preserve heat. 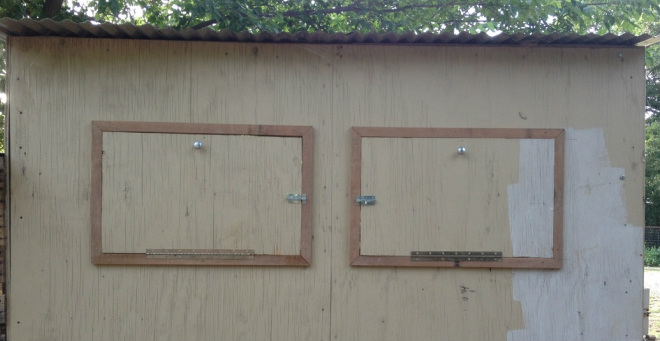 If you have a coop in need of some windows then I hope that this helps you to get some installed.  Chickens are susceptible to heat stroke in temperatures above about 90 degrees F so if your coop is too hot, consider some windows for cross ventilation.  Have a great day and God bless!
Like what you see? Please share with your friends and the whole world...