We are starting our adventures in gardening.  To that end we decided last fall we would need a greenhouse.  Now we are not wealthy folks, and we knew that any kind of permanent structure was likely to cost us far more than we could afford.  Being the “repurposer” that I am, I am always looking for people getting rid of lumber from projects they are tearing down.  So I went to my little backyard lumberyard and took stock of what I had.  Between the lumber and screws that I already had on hand I had enough for the frame so I hit up the “local” Lowe’s and found some 4 mil clear plastic and a box of plastic cap nails. 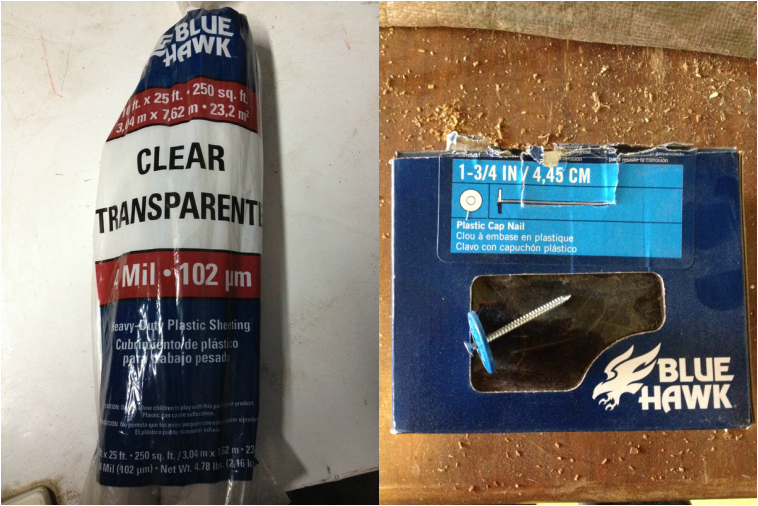 I used the plastic to cover the frame and the plastic cap nails worked perfectly to secure the plastic sheeting to the frame without allowing the nail to just pull through the plastic sheeting.  It may not be the prettiest greenhouse but it certainly gets the job done.   Edit:  I was afraid the sustained high winds that we tend to have in Texas might damage the plastic sheeting.  I was correct.  It held up well for awhile but after 3-4 days of 30+ mph winds the sheeting started to rip around the blue plastic washers.  However, a simple fix was in order.  I cut some 1″x 3″ strips the length of the greenhouse and placed one at the bottom, one half way up the side, and one halfway up the roof to help hold down the plastic and distribute the load across a much wider area.  It is holding up much better now. 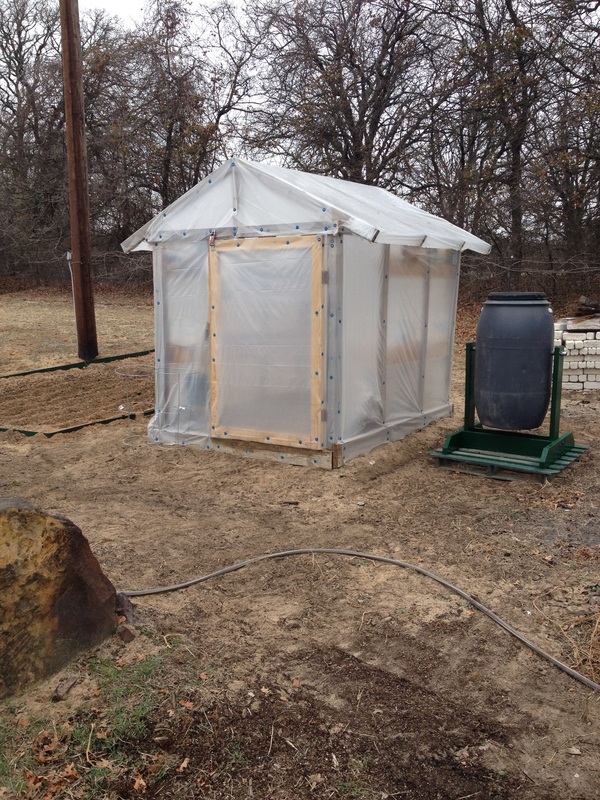 To help me regulate the temperatures during the hot “spring” days in Texas when the temp gets excessive in the greenhouse, I installed a spare box fan I had sitting around.  We can prop the front door open, plug in the fan (a lot of times the cross breeze alone is enough to start the fan spinning), throw open the shutters over the fan, and drop the temp considerably.  When its cold at night we close up the shutters, close the door, and fire up a small space heater which keeps it nice and cozy. 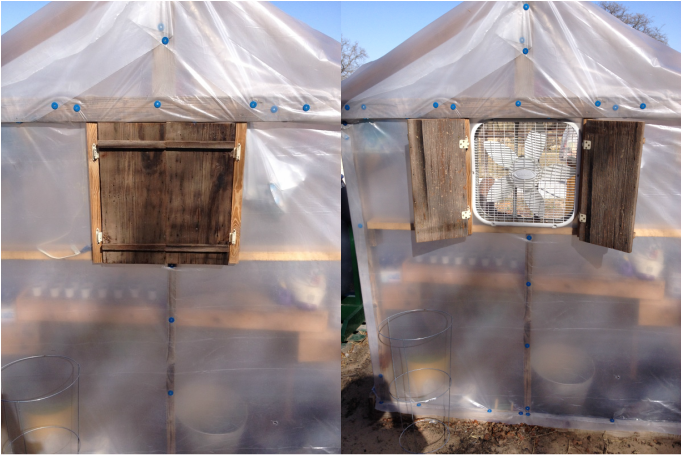 The shelves are from some wooden shipping crates I picked up from a scrap lumber pile I hauled off for someone.  The rest of the shipping crates went to making some small wooden feed troughs for our goats.   Made for some fairly cheap and easy shelving.  Normally wood would not be my first choice of shelving in such a wet environment, but as I said, it was free and I can seal the wood after the greenhouse is cleared of plants from this spring/summer.  We’ll have to wait and see how they hold up.  They had already been outside in the elements for many moths before I obtained them and appeared no worse for the wear. 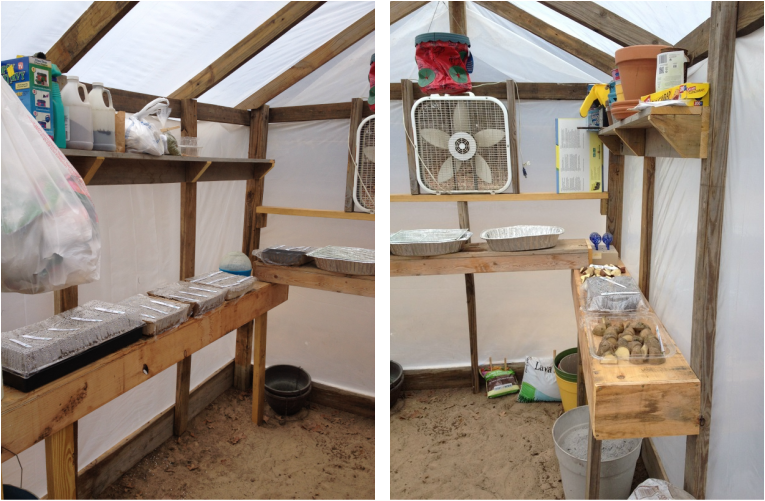 Future plans include a small solar panel, deep cycle battery, and a small inverter for some off the grid power for a small light, the fan, and the heater.  I have the plans to make my own solar panel out of scrapped solar lights so look for that post in the future.  It should be interesting.
As you can see, for less than about $30 we have a pretty neat, permanent greenhouse.  Maybe one day I can phase out the plastic sheeting with corrugated plastic panels.  Until then, it’ll do.
Like what you see? Please share with your friends and the whole world...