All 6 of our Lavender Orpington chicks have hatched.  They hatched on Thursday and are thriving!  We received a total of 8 eggs from Chicken Scratch Poultry.  Two of the eggs did not develop and by the second candeling, that was obvious, so they were removed and egg-topsied.  It was apparent with both of those eggs that they were not fertilized.  Its possible that they just did not develop, but it did not appear that they were fertilized.  The other 6 eggs developed well despite the scare with the power outage that I mentioned in the post on Thursday.  We also obtained two Ameraucana chicks on the day they hatched.  They were unfortunately introduced into the chicks without a quarantine period but due to the fact that they  came from a trusted source, were not around any other chickens, weren’t in any areas where chickens had been, and were just hatched I think we will be ok.  That being said, good bio-security measures say to always quarantine for a minimum of 30 days. Ok, ok.  Without further ado, here they are! 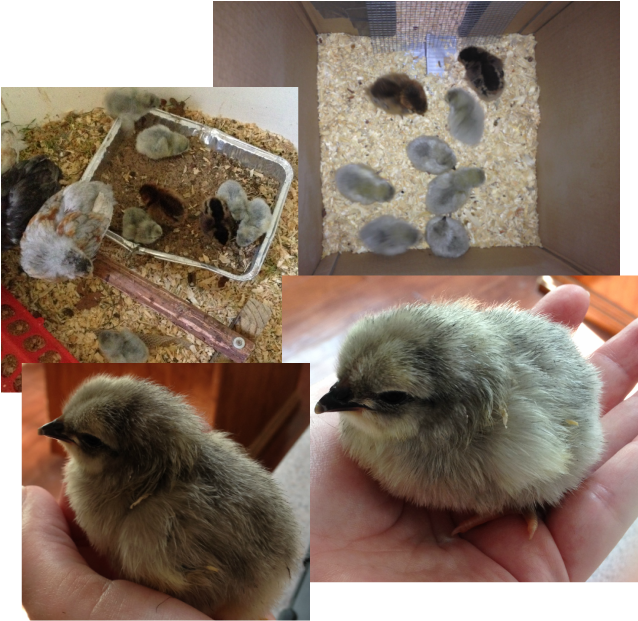